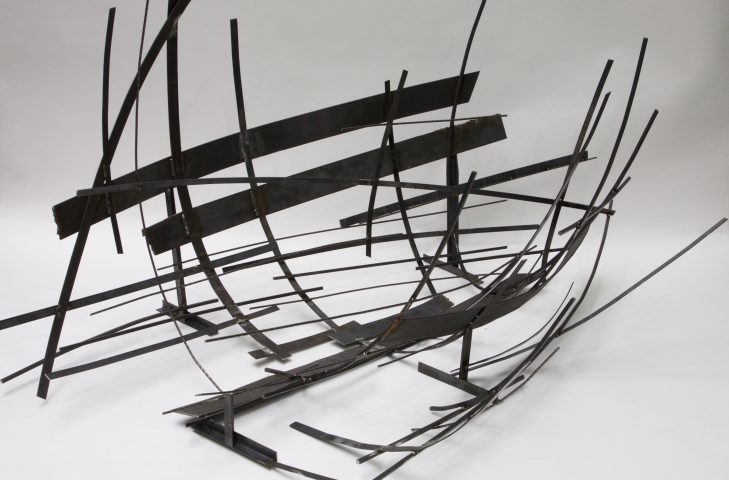 Inspired by the melancholy of Keren Shalev’s Boat Wreck, Patrick Flanagan has written experimental music specifically for the Irish flute and loop machine.

Originally from Detroit, before coming to Leipzig, Patrick lived in Ireland for 6 years where he played whistle and rythym acoustic guitar for Traditional Irish music. In Leipzig he got involved in experimental jazz and rock-based music. He was a stalwart member of the Bimbotown Orchestra on guitar/low whistle/ harmonica for about ten years, and ended up as the most recent conductor. Because of his diverse abilities and his will to find new inspirations, he has teamed with various poets, writers and visual artists for performances.

Expressive scattered lines gathered into recognizable structures. Drawing in space. Wrecked boat laying on its left side. Uprooted object. Relic. Loss of value. A meloncolic vision. Phenomenon of ferousousness, of fragility. Decompostion, frozen. A mental image. The exhibition focuses on a first-hand experience; an encounter with an exterior mass. Yet, it can be experienced in […]