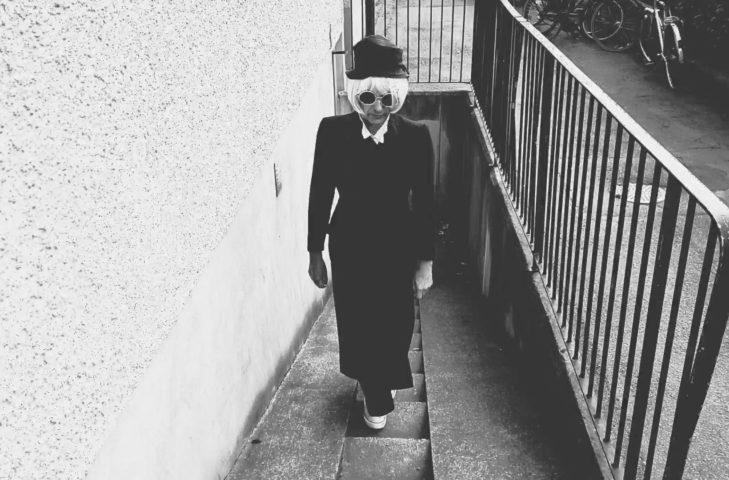 Another Gloomy Day with You

Ruth was a woman with strength, courage and the desire to live life on her own terms. In Yet Another Gloomy day With You Magnus Sjöbleke seeks his own roots through his grandmother.

”Ruth had a significant place in my life and is with me in my artistic creation.”

Starting with a photo from 1909 which he found, Ruth becomes Magnus’ alter ego, as does the anonymous city.

Employed in a factory the year after the photo was taken, Ruth was someone who made difference. Not every woman had that freedom in those days and it was the beginning of a journey that continues to inspire Magnus.

The city seems gloomy when the haze comes from the ocean and turns into the famous ice rain. The city becomes a stage floor in which Magnus and Ruth create.